Colegio Andino - How a school in Colombia gets kids moving! 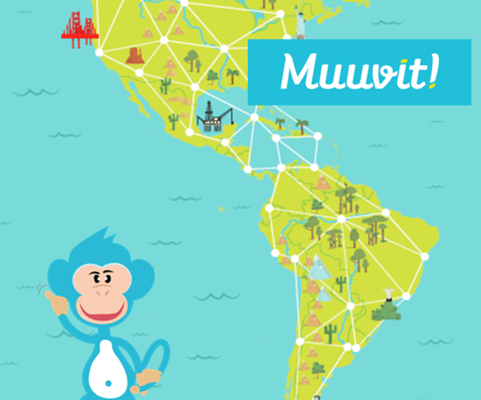 A school day in Bogotá

Their mornings are spent in school, their afternoons at home, sitting in front of the television or at the computer rather than playing outside in the fresh air. For many children, this is what a typical day looks like, and the reasons for their lack of exercise are numerous. In Colombia the problem is especially bad and starts with the issue of getting to school. More often than not, the way from home to school is long so most children travel by bus or car. “Many children spend a lot of time in the school bus,” says Maria Theresia Appel, a teacher at Colegio Andino – a German school in Bogotá.

Colegio Andino is now looking to get pupils moving – with the help of the Muuvit programme. In Germany about 60,000 children are already involved in Muuvit, which encourages them exercise, and children in Colombia are now set to do the same. Besides the German school in Bogotá, Muuvit is also used in other South American schools in Uruguay and Brazil. “This shows Muuvit can be used flexibly in all sorts of different countries,” says Juha Villanen, founder and managing director of Muuvit. The problem, adds Villanen, is the same in many countries: children simply do not exercise enough – and that’s where Muuvit can help.

Maria Theresia Appel loves it: “Muuvit helps children learn geography, which is especially important at an international school, of course. Moving is fun and we have a lot of laughs, which strengthened our sense of togetherness as a class and created a positive learning atmosphere." The children in her class now exercise considerably more, she adds – even during lessons.

Information about the active school here